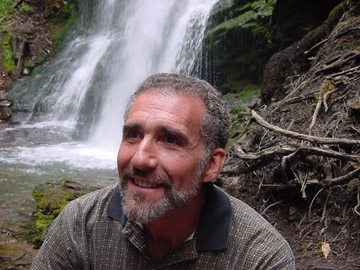 Tetrahedron, LLC was established in 1978 by co-founder and company president, Dr. Leonard G. Horowitz, as a non-profit educational publishing company.

The founding was precipitated by Dr. Horowitz’s attendance at a seminar given by R. Buckminster Fuller and Warner Erhard called “Making the World Work for Everyone.” During the program “Buckey” reviewed scientific data proving civilization was on a crash coarse for self-destruction. He said, “If you plan to make a difference, do it now! Don’t wait.”

Within a week, Dr. Horowitz, allied with his long time friend, Paris Perez, began the company in Rockport, Massachusetts in service to humanity. It was named in tribute to Dr. Fuller who taught the tetrahedron is the “most stable structure in the physical universe.”

Since that time, Tetrahedron, LLC has evolved to become one of the leading publishers of health science and drug industry conspiracy presses, producing dozens of books, audiotapes, videotapes, CDs, and DVDs. Dr. Horowitz, in the process, has become internationally known for his award-winning works dealing with myriad health subjects from government cover-ups to mathematical-musical metaphysics.

In 2007, a new division of the company was established to publish music played “in the key of LOVE,” promoting musicians and vocalists performing in this most powerful creative frequency that is part of what Dr. Horowitz named the “Perfect Circle of Sound.” Among his most significant discoveries, this revelation hold profound implications for tranforming civilization in support of the exponentially accelerating “Spiritual Renaissance.”

In addition to the company’s new records division visited atwww.tetrahedronrecords.com, Tetrahedron Films began in 2008 with the production of In Lies We Trust: The CIA, Hollywood & Bioterrorism, Dr. Horowitz’s second feature-length documentary. The first 2-hour production was The LOVE CODE DVD, based on Dr. Horowitz’s decryption of Leonardo Da Vinci’s most famous drawing, “The Vitruvian Man.”

Dr. Horowitz is most famous for Tetrahedron LLC’s stirring bestellers, Emerging Viruses: AIDS & Ebola– Nature, Accident or Intentional? and Healing Codes for the Biological Apocalypsewhich revealed Bible codes hidden for 3,000 years that have major implications for personal and world healing.

The company then published Healing Celebrations: Miraculous
Recoveries Through Ancient Scripture, Natural Medicine and Modern Science primarily for the Christian community to demystify how miraculous healings can be co-created, primarily based on faith and trust in The Most High. Herein Dr. Horowitz provides the wherewithal to produce miraculous recoveries using a simple 5-step plan detailed atwww.healingcelebrations.com.

In 1999, Dr. Horowitz received the coveted “Author of the Year Award” from the World Natural Health Organization. More recently, he was honored as a “World Leading Intellectual” by officials of the World Organization for Natural Medicine, and knighted Cavalier Leonard George Horowitz by leaders of The Sovereign Order of Orthodox Knights Hospitaller of Saint John of Jerusalem.

In LIes We Trust: The CIA, Hollywood & Bioterrorism

This forthcoming feature length documentary examines official directives for national preparedness against outbreaks, nuclear explosions, and other disasters. Dr. Horowitz critically examines what officials are saying and not telling that impacts the future of public health and urgent life-saving decisions every American is currently being encouraged to make. Look for this film to be available by mid-October, 2007.

LOVE the Real Da Vinci CODE “The LOVE CODE” documentary DVD decrypts Leonardo Da Vinci’s most famous drawing, The Vitruvian Man, to map access to Divine-human communion for the masses. Key to the contemporary Spiritual Renaissance, and the prophesied Messianic Age, this information opens doors that no man can close–information clearly explaining how and why we are evolving into a peace-filled earth. Read the book and watch this edutaining film.

“Healing Celebrations”reveals the hidden truths regarding your health, well-being, and miraculous healings. Drawing on ancient scriptures, natural medicine, and modern science, these truths, applied in your life, can help you turn illnesses into blessings and life threatening diseases into supernatural recoveries. This book, and related seminars conducted by Dr. Horowitz and Dr. Valerie Saxion, delivers an extraordinary message of hope at a critical time in human history.

Healing Codes for the Biological Apocalypse

“Healing Codes” returns the most precious spiritual knowledge, power and “healing codes” in the Bible to humanity. It offers new hope for the loving masses to survive the worldwide plagues, famine and weather changes that are now at hand.  In perfect time for these cataclysmic events, Healing Codes presents an urgent, monumental and inspired work that will be hailed for generations to come.

In this new book, Drs. Horowitz and Barber investigate 2000 years of religious and political mischief, and the latest technologies being used to enslave, coerce, and even kill billions of unsuspecting people. Must reading!

Dr. Horowitz routinely travels to lecture on subjects covered in his publications. He speaks to audiences worldwide covering healthcare topics such as emerging viruses; the dangers of vaccines; and how to prevent and combat cancer, chronic fatigue, and AIDS. His latest lectures include The LOVE CODE Seminar: Musical Healing Celebration for spiritually transformation through musical mathematics and the Divine power of water and the simple elements hydrogen and oxygen. Material covered in several of his books are included. To learn more about this amazing and exciting event, link to www.lovecodeseminar.com.

Buy From CureShoppe.com for Health

Help Yourself by Helping Others Now!

Save Lives Easy With: